Hindi is the state language of India which is the third most spoken language in the world and 22 different types of languages ​​are spoken in India but the most spoken and understood language in India is Hindi as well as the Hindi language is used by more than 544 million people worldwide.

It is very easy to learn to speak and write the Hindi language, so first of all, you should have knowledge of the Hindi alphabet because no language can be learned without the alphabet.

We are going to provide you complete information of Hindi alphabet in which everything will be explained to you in simple words, so if you are interested to Learn Hindi alphabet then you should definitely read this article once.

What are the Hindi characters

What is the Hindi alphabet

The group of characters of Hindi or group of arranging letters is called Hindi alphabet For example अ आ इ ई उ……….ह etc are called characters Devanagari Alphabet And a, b, c, d, e, f……….z are called Roman alphabet

The Hindi alphabet has different number of characters based on writing and pronunciation, hence Hindi alphabet is divided into two parts vowels(svar) and consonants(vyanjan)!

Characters that do not require any other letter in their pronunciation i.e. those spoken independently are called vowels(स्वर)

Vowel based on pronunciation

Vowel based on writing

From the point of view of Hindi grammar, there are three types of vowels which are divided on the basis of time taken in pronunciation, which are as follows

Vowels that take very little time to pronounce are called ‘Harsvr vowels’, examples of which are अ, इ, उ etc.

Vowels whose pronunciation takes longer than ‘Harsvr vowels’ are called ‘diragh vowels’, examples of which such as आ, ई, ऊ etc. can be understood as-

The vowels that take the maximum time to pronounce are called ‘plut vowels’, examples of which are – ओउम्

Characters whose vowels are used in pronunciation means that the letters which are spoken by the help of vowels are called consonants, hence “अ” is used to speak every consonant. The Hindi alphabet has 35 consonants which are as follows.

Antasth Vyanjan consists of four in number which is like this

How To Pronunciation Hindi Alphabet

We have told you above what are the Hindi language and how many types of its main parts are there, which will make you easy to learn and understand Hindi language.

Because as we have told you, there are 45 characters based on pronunciation, which consists of 10 vowels and 35 consonants, and the basis of writing is 52 characters in which there are 13 vowels, 35 consonants and 4 combined consonants.

If you want to learn Hindi language, then it is important that your Hindi characters should be identified as to what a letter is called and how to speak it.

For which you can buy a chart of Hindi alphabets for your children and children which can help you because it contains pictures with letters that play an important role in making you remember Hindi letters.

Now you can use it in different ways, either you can come to our website everyday and read it free or you can buy it from Amazon and use it according to yourself. 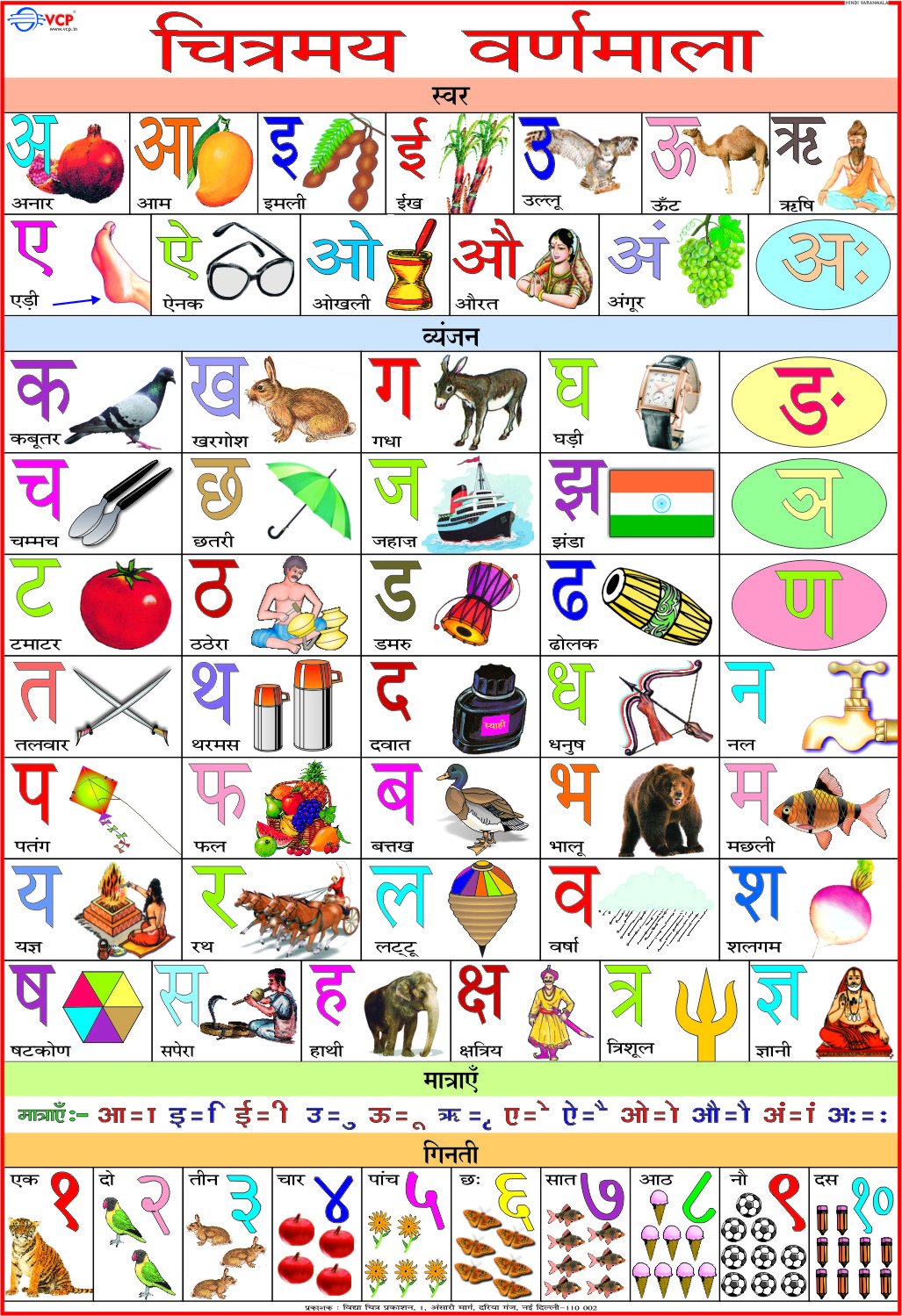 How to Read Hindi alphabet Audio

Hindi letters are very easy to read and to make it even easier, we are providing you with audio as well as a way to speak Hindi alphabet with English.

So if you get help from this article, then share it with your friends, for whom this information can prove useful and they can also use it.

We hope that you have liked this article of ours and you must have found it, so if you like our article, then share it with your friends on social media and if you have any questions, then comment us.